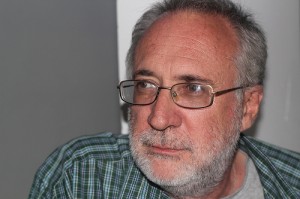 Happy Quinces, Latina! :: by Latina.com – I’m a long-time subscriber to Latina magazine. To celebrate their quinceañera, you don’t have to sit through an agonizingly long choreographed dance – instead, go check out the webpage they’ve created to honor 15 years!

DC Comics creating Latino heroes in new comics :: via tampabay.com – Latin@ fanboys, rejoice! A superhero that resembles you is coming to DC comics! My question is, will they just “look” Latino or will they also be culturally Latino?

PBS Programs celebrate Hispanic Heritage Month :: via pbs – I love PBS! Unfortunately, my local station doesn’t air too many programs featuring Latinos – I’m assuming there’s just not as much of an audience in Alabama?  Check and see if any programs are playing on your location stations!